Calculicious was a cross-curricular project at High Tech High, where seniors were engaged in using calculus to make and describe art. 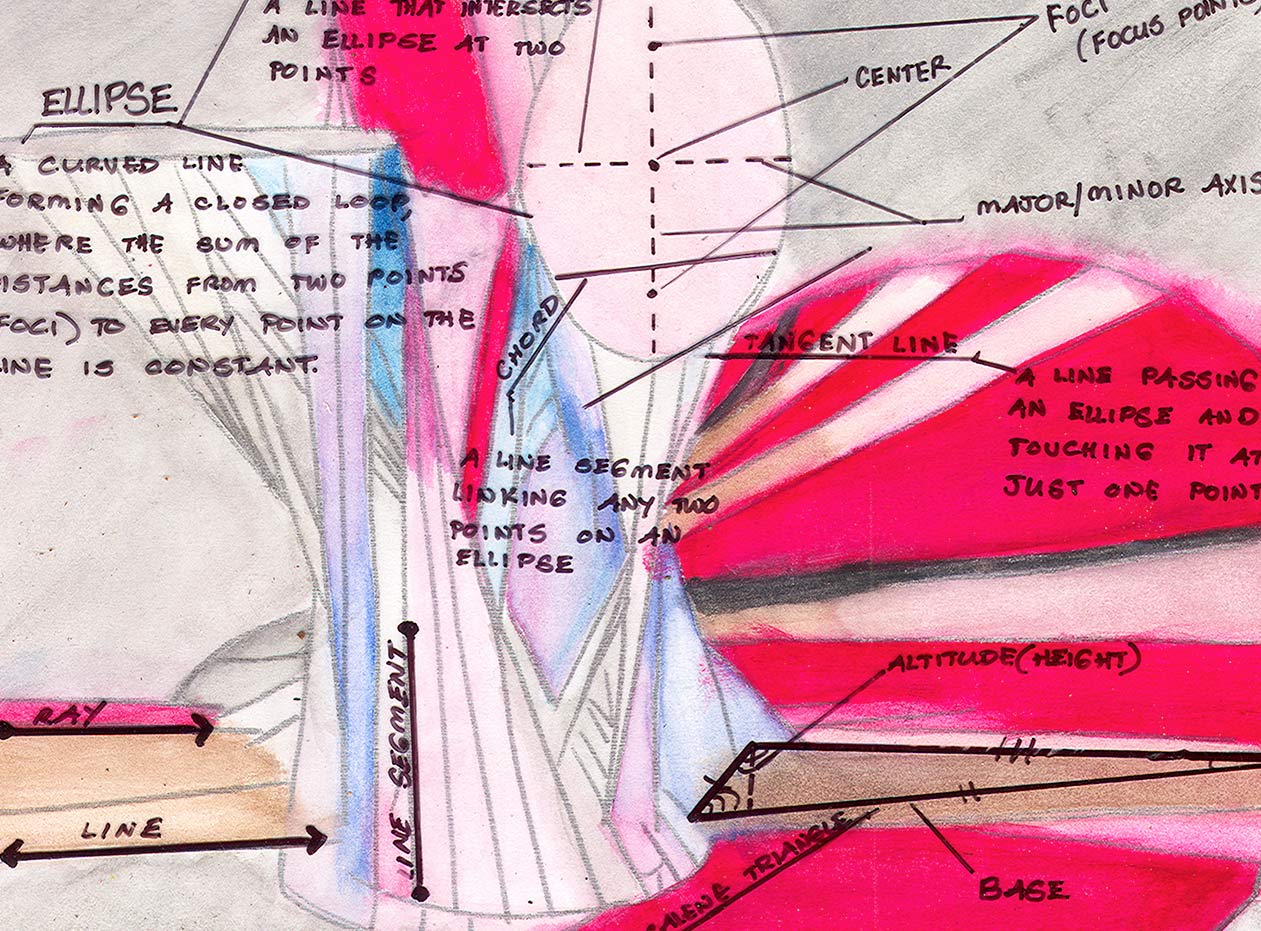 Calculicious was a cross-curricular project at High Tech High, where seniors were engaged in using calculus to make and describe art. The summer before, Andrew Gloag, the physics teacher, said that he wanted the students to move back and forth from class to class doing the same work. Jeff Robin thought that the art would make calculus more accessible to everyone — “sticky, even delicious.” Andrew is from the UK, and he channeled his inner Austin Powers and said, “Calculicious, Baby”.

Students first made paper shapes and drew them. They shaded the drawings and tried different drawing techniques in art class. Then they went to physics and filled in the math and/or calculus on the drawings. This first mini-project would show the students that math and calculus exist in real life, and in the art they make.

In math, students learned how they could use calculus to describe geometric shapes. In art class, they learned to use Google SketchUp, a CAD program that lets the user make shapes and intersect them to create an area under a curve, conic sections, and more. The students then made watercolors using this technique of digital designs and calculus formulas. The juxtaposition of shapes, formulas, and watercolors would be dramatic.

The next step in the Calculicious project was to have the students make larger acrylic paintings that described specific math and calculus concepts that the students were interested in. The students did not have to use the sketch up images; they could also use a famous artist as a template to describe calculus functions, such as Basquiat, Dali, or Kandinsky. They created their maquettes and used acrylic paint on canvas to illustrate their visions.

As the semester went on, the students made sculptures, and used calculus to describe these as well. They welded steel, sewed stuffed animals made of conic sections, and made parabola lounge chairs. Throughout the project, students used an online forum for critique. All the work was commented on by at least three students, who made suggestions, gave praise, and constructive criticism. The writing from the online forum became the text in the book of the students’ work entitled Calculicious. 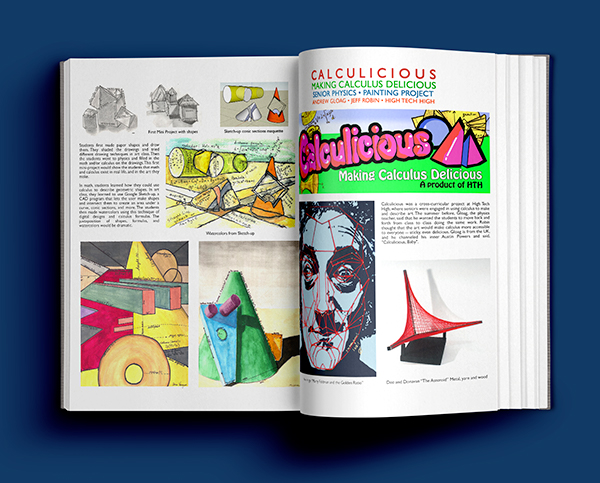 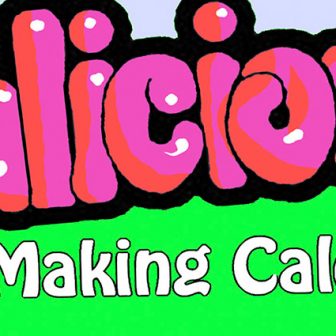 The teachers wanted to make calculus delicious to everyone, not just the high flyers. They wanted show students, teachers, and the community that if you can beautifully explain your math, it shows you know your math well. Students got the opportunity to make art and use the math or calculus they could understand; they were not trying to keep up with someone else. They focused on what they were good at that brought that into the project. One example was Kristin’s acrylic painting. She had always struggled in math and felt that she could not go on to college because she “couldn’t do the math.” She was the first to finish her Kandinskyesque acrylic painting and was so proud that she was finally ahead of the pack. She then helped the calculus masters finish their paintings and gave them some useful tips on brushwork. 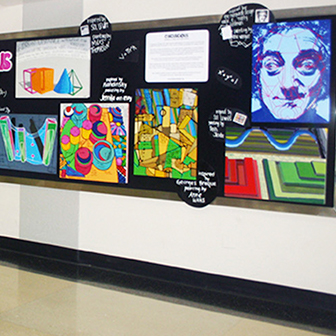 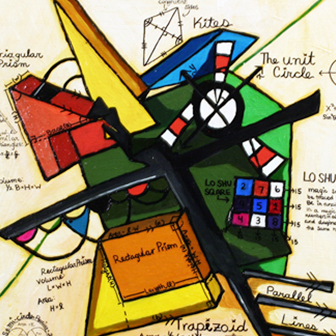 The students critiqued each other in the online forum and met regularly with both teachers. Student groups from lower grades came to visit the class, and all the Calculicious students had to present what they had done and what they were working on next. These presentations were an excellent opportunity for many students that were never the ones to volunteer to go to the board and explain their math. They got the chance to explain their art and math.

Calculicious was displayed at High Tech High and lives online in web and book form. The work was exhibited at the San Diego International Airport and is currently displayed at the Harvard Graduate School of Education.

Banner Image for the Calculicious Project

Woman Lounging on a Chair Photo