A Fight With Gravity

For this gravity science project, students documented their own physics experiments in order to fight gravity using kites, balloons, and other flying objects of their own creation. 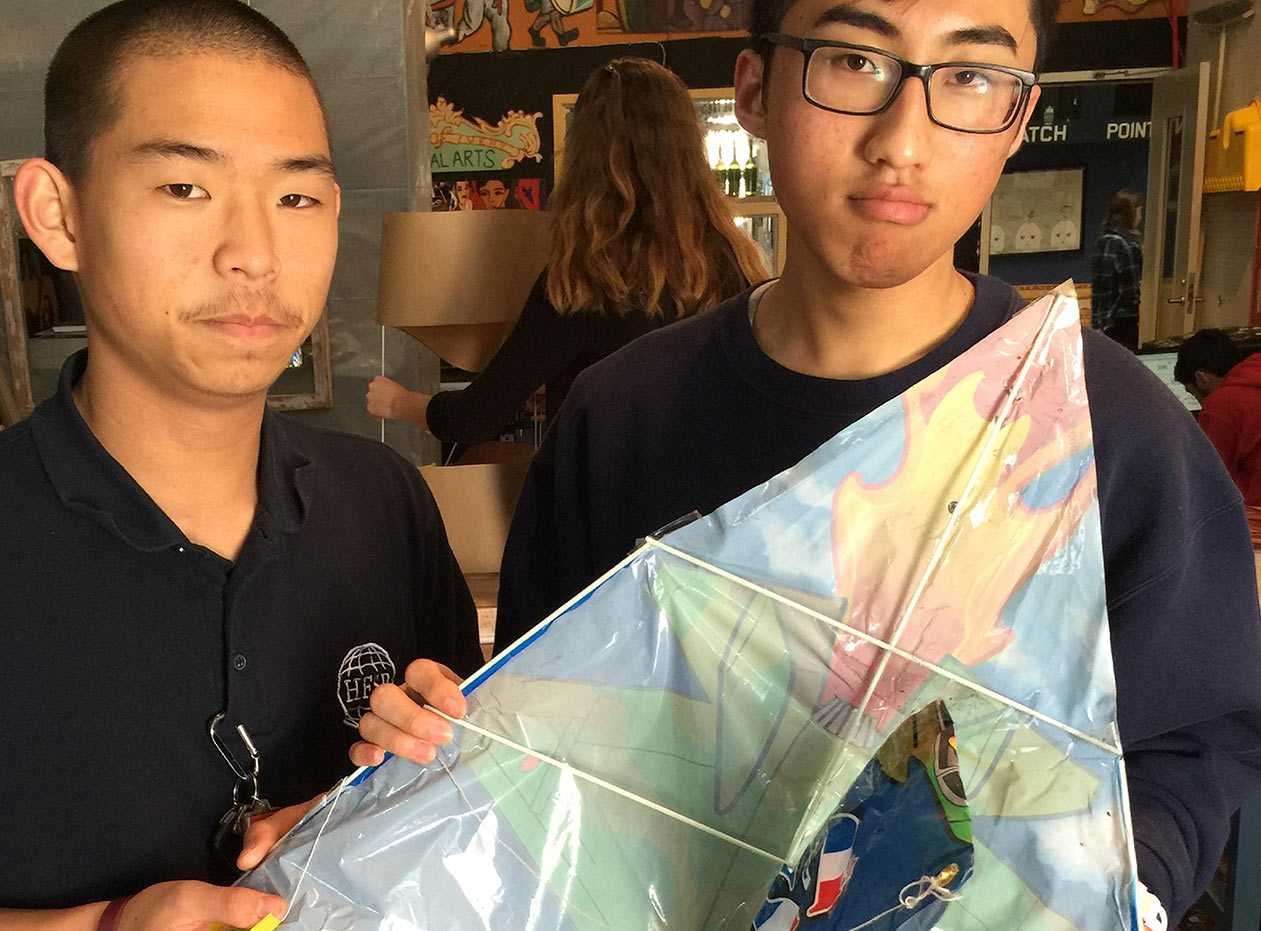 After many partnerships visualizing physics and math, these two teachers wanted the students to document their own physics experiments. Students would understand physics by attempting to fight gravity using kites, balloons, and other flying objects of their own creation. Attempting to challenge Earth’s gravitational pull with craftsmanship, experimentation, observation, and documentation was what this project was all about. 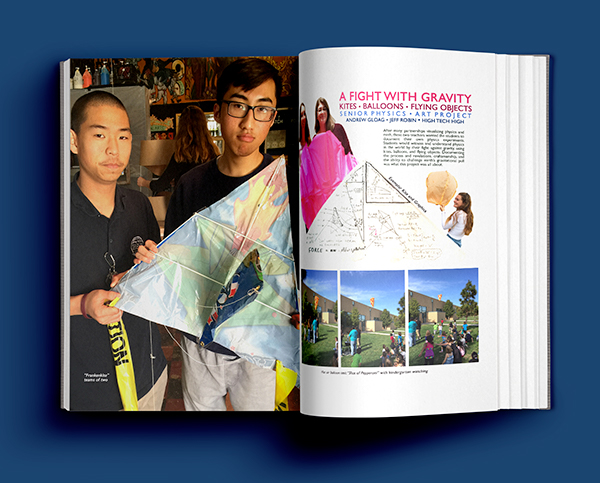 Each team of two students got a kite from the dollar store and a black-and-white composition notebook. They were tasked with documenting how to get their kite to fly. They went to a field near campus and flew their kites. The students wrote about the need to run, coordinate, find the wind, adjust the strings, and learn to fly.

They took their journals into physics class and created a poster explaining what they learned. Then brought it to the art class for fine art help.

The students added onto and modified their kites with more dollar kites and other supplies, crafting a “Frankenkite.” This step allowed them to experiment while they were learning in their physics class about the lift equation and the optimum angle of attack to generate the maximum lift. In art class they were also learning how to sew, design, and build—everything recorded in their composition books, with beautiful notes.

Each team then created their own original kite from ripstop nylon and carbon fiber rods and made a poster that explained their creation. One group made a six-foot-high triangular kite from Starbuck’s straws and crepe paper.

The original kites were tested and refined. Each team presented to the class and the community. San Diego has a kite-flying park where serious kite builders make and fly kites; the students fit right in.

At 7:30 am, the whole class went to the Fiesta Island Model Rocket Launch Site, and with 50 Chinese lanterns purchased on Amazon for $1.50 each, they filled the sky. This introductory activity on a cold morning re-energized the group, as all at once the students lit the wax heat source and held their balloons till they all floated away. They continued to write in their journals about what it took to launch the balloons and what they would make next.

In teams, they created hot air balloons from tissue paper in different sizes and shapes, designed for beauty, humor, and lift. They documented and refined these balloons in class with the help of the teacher and each other. They were always negotiating with the laws of physics and the capability of their craftsmanship. Each day a barbecue was lit, the balloons tested, and hotdogs and hamburgers served. A semi-final exhibition for the crepe paper balloons documented what worked and what did not.

The final balloons were made of nylon and other materials that the students tested. The balloon exhibition was colorful and exciting; however, many balloons were never seen again.

In teams, students made a flying object from what they had learned in physics and art classes, using wind, heated air, and/or gases. Some students used motors and slingshots. They created a poster explaining their flying object. There was a strict requirement that objects would need to fly for 100 yards to be considered successful. 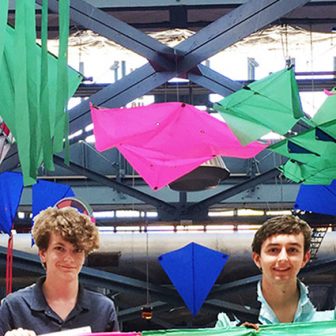 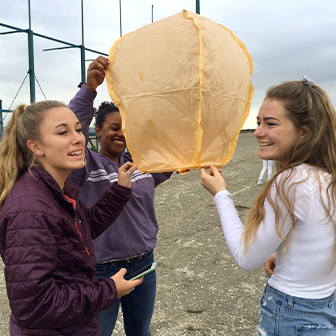 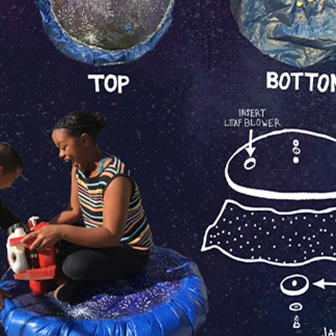 Each step and activity built intuitive knowledge about gravity. The students’ documented their observations, created, tested, and expressed what they learned. The structure allowed for Differentiation, as each student created their own products, within parameters. The project met the students at their level, letting them use their own vernacular to explain what they noted and connected to their creations. Later they learned the physics language and equations to explain what they had learned intuitively through flying or failing to fly their objects. According to Jeff, “some students who were not strong in math and physics happened to be the best sewers and were able to teach the physics wiz kids, and vice versa. It was a genuinely democratic project because everyone had to fight the same gravity.”

Students’ documentation and their products were used for assessment. Students had to meet deadlines, attend weekly check-ins, and participate in class discussions. They were evaluated on their notes, posters, collaboration, and if they had finished their work for the exhibition.

A Fight with Gravity Book Pages